What to Reject When You’re Expecting

Infants in this country are more than twice as likely to die before their first birthday as those in Japan and Finland. And America now ranks behind 59 other countries in preventing mothers from dying during childbirth and is one of only eight countries in the world, along with Afghanistan and El Salvador, whose maternal mortality rate is rising.

1. A C-Section With a Low-Risk First Birth

4. Inducing Labor Without a Medical Reason

10. Sending Newborns to the Nursery

Want to know why? Educate yourself here:
Consumer Reports: What to Reject When You’re Expecting 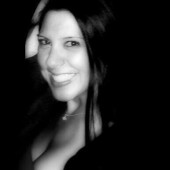 Skin to Skin in the OR

Show Me the Numbers